Virtual Reality has been the topic of the moment for quite some time now. 2016 has been touted as the year of VR but, all things considered, we have yet to see it really take off. 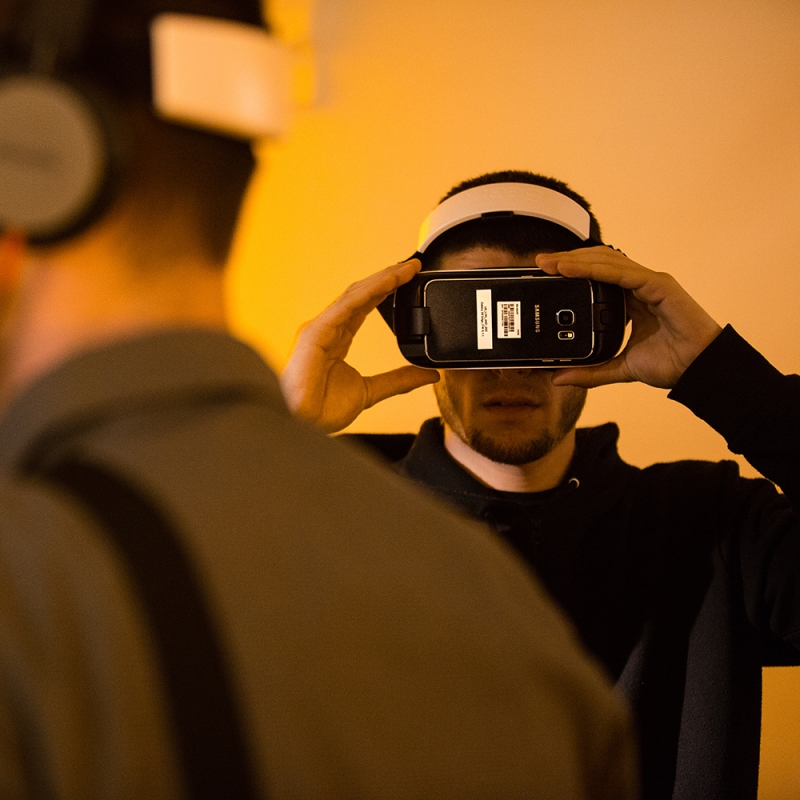 The big question is, “why?” Could it be because consumers need to invest in new hardware just to run it? It’s expensive and prohibitive at best. Probably not though - we’re used to buying and adopting new gadgets (DVDs, MP3 players, the smart phone). Possibly it’s the antisocial nature of the technology itself. Putting on a headset removes you from the world somewhat. But I find even that to be unlikely.

On balance, I would argue that it’s a distinct lack of content that’s lodged at the heart of the issue. You can download VR apps on your phone and watch them via a Google Cardboard cheaply enough. But once you’ve ridden that rollercoaster or been wheeled through a hospital of horror once there’s no reason to do it again. The medium is still finding its feet in terms of the content it will cater for, but while that happens there aren’t enough creatives and businesses out there generating quality content for people to experience and enable that process of discovery.

Earlier this year, Escape Technology hosted its third Creative Rooms event and we had a huge leaning to virtual reality. Our friends from UNIT9 even came along to demo some of their cutting edge experiments such as haptic feedback that can literally control a player’s body. Creepy isn’t the word! We hosted a fascinating panel discussion on Storytelling With VR and we got into a lot of detail about what might be in the way.

Without some high quality, readily available, replayable content for people to work through VR just won’t take off. Its applications as a learning and presentation tool aside, it’s missing a story. Or a gimmick. It’s missing what Pokemon Go did for augmented reality. Arguably we might start to see some of that with a VR version of Fallout 4 on the horizon… but that’s not until next year. And it only goes a short way to addressing the core problem.

We have a situation where we’re experimenting with a completely new medium. It’s not TV, cinema, gaming, the internet or anything else that’s been familiar to us for a long period of time. Sure, it bears similarity with a number of different fields, but it doesn’t fit neatly into one. For that reason alone it’s an exciting proposition. Each medium that currently exists in entertainment is way for a person to experience a story. VR needs to figure out how it does that.

What’s going to change the status quo dramatically is the arrival of Sony’s Playstation VR. With that release, scheduled for October this year, we can expect to see mass adoption of the technology around the world. Doors will open to gamers and then experiential designers. What’s more, with packages like Presenz from Nozon we poised to get that content we so desperately need.

Now the barrier to content creation is getting lower, perhaps we’ll see a growth in innovation and more people setting out to make VR experiences. The Foundry have released Cara VR, NVIDIA have an insanely capable set of GPUs with their new Pascal architecture, and Intel are making sure their latest processors are up to muster.

Big brands are starting to see the value in virtual reality, too. Samsung, Stella Artois, Nissan and more are all embracing the new medium and finding ways to make it work for them. Which means that content is out there, it’s just branded. It’s advertising. And still in its very early days.

With the year half over, though, there’s only a short amount of time left to fulfil the prophecy of 2016 being the year of VR. Will there be a Christmas revolution? Or, like the apocalypse, will we just push it back? Most likely is the idea that 2016 is the year VR became available to consumers and started to occupy a place in mainstream media. That’s not quite as snappy as “the year of VR” but at least it’s not a misnomer.

And unless someone makes the content we’ve all been waiting for I wouldn’t be surprised to read that 2017 will be the year of VR - after a Christmas will push with Playstation. Then 2018 and so on until all of a sudden it finds its place.

The way to get us there is for people to play with creating content. It’s so easy to fail at creating VR experiences, but that’s no reason not to try. Simply by doing it we will learn what it’s for. Where it sits in society. And how to work with it. We did it with computer gaming, with VFX for films and TV, with the smartphone. Surely VR is up next?

To keep up to date with the latest in VFX join us at the next Creative Rooms.