We're at FMX in actual reality for the VR-themed "Blended Realities". If you're visiting this week then make sure you come and say hi. And for those staying in the UK, FMX is just one of the places where we're talking about virtual reality right now. 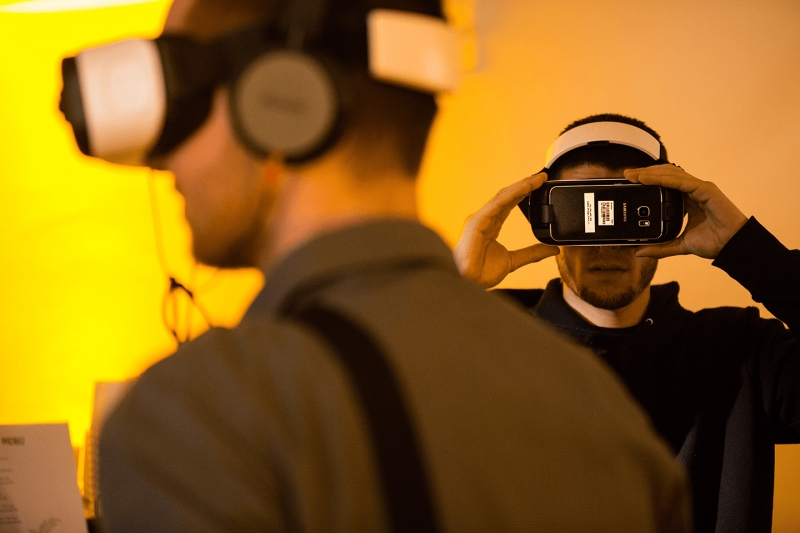 Find Fabio and Jennifer in the marketplace at FMX. I was lucky to be out there yesterday, before rushing back to London for Creative Rooms. For me, the highlights included Sony's Jason Hickey sharing practical notes on art development for VR experiences as opposed to traditional games, and the afternoon's VR panel which included a discussion on the ethics of virtual reality.

At Creative Rooms yesterday evening, the panel discussion with speakers from Framestore, Unit9, The Foundry and Escape Technology was about storytelling in VR. The room was packed, and the conversations spilled over into the bar afterwards too.

Last week at Launch Conference, Escape Technology CTO Lee Danskin also participated in a panel talk about interactive storytelling. The conversation inevitably turned towards VR, at which point it was even suggested that the technology could be used to bring the trenches to life for GCSE history students. It highlights that there are issues to consider in the development of immersive experiences.

The only thing that's certain about VR at the moment is that everyone wants to talk about it. Whether it can be co-opted for use in film and game narratives, whether it can augment (or critically destabilise) documentary and educational projects, whether its true purpose has yet to be discovered or is staring us all in the face, and what level of detail can be put into VR environments before they stop feeling real, is all up for discussion. And it is really really interesting.

Meanwhile, the technology is speeding on apace. At FMX, Vicon were showing off their motion capture tools, while Unit9 are at Creative Rooms all week with their haptic VR experience, which enables a controller to control the motions of the user's body. On Thursday, architect Kevin Shepherd will be talking at Creative Rooms about the impact VR and the built environment could have on each other.

It's strange, it's true, and it's virtually everywhere. See us in Soho, or this week in Stuttgart, to talk about the future of virtual reality.