The birth of modern day video games started in 1972 when a computer scientist working for Atari created Pong. His name was Allan Alcorn and thanks to his invention the face of the industry changed forever. 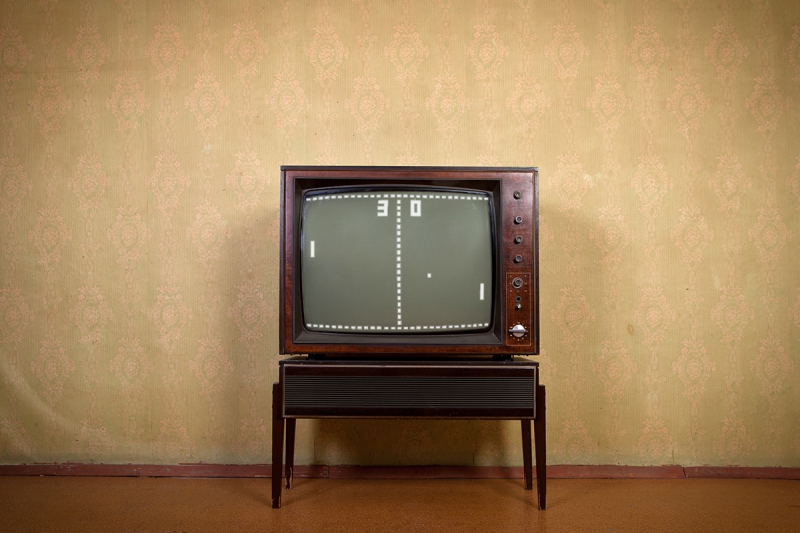 While Pong wasn’t the first game ever created it was the first commercially successful one. Pre-Pong titles were too complex and players lost interest fairly quickly. SpaceWar!  for example was developed by scientists at MIT. Made for the DEC PDP-1 mainframe - one of the first computers - it had players fight it out in spaceships around a star that exhibited gravitational effects.

SpaceWar! was a hit within computer science circles and inspired the first coin-operated arcade machines. Titles such as Galaxy Game and Computer Space were less complex, but while they were popular on college campuses they never really took off in pubs and bars. Pong, however, was revolutionary in its simplicity. And that simplicity gave it a commercial edge.

The birth of the industry

Before Pong there was Tennis for Two - a game created by William Higinbotham for the DEC PDP-1 in 1958. Pong built on Higinbotham’s idea and brought it into the limelight. Alcorn built the first Pong machine using some cheap electronics and a black and white TV. The machine didn’t have a CPU so Alcorn came up with a system that generated pixels on a screen by using timing circuits designed to encode video signals and turn them off depending on the signal's location. Then in 1972 he introduced his creation to the patrons of Andy Capp's Tavern in Sunnyvale, California where the game was extremely well received.

When the first coin-operated Pong machines were released the game earned four times more revenue than any other machine on the market. And in 1975 Atari made a deal with American retail giant Sears to sell 150,000 units of Home Pong - a version that players could plug into their TVs at home. It was the first games console and a huge success, with all 150,000 units selling out over the Christmas period.

To make Home Pong possible, Atari managed to condense Alcorn's initial architecture onto a single chip in a smaller machine that would connect directly to a television. This laid the groundwork for modern, commercialised console gaming and soon other manufacturers managed to create the same architecture for their own consoles.

By the late ‘70s spin-offs took to the shelves and the market was flooded with all sorts of home systems, including the Telstar Alpha, which used the AY-3-8500 chip developed by General Instruments. Much like Atari’s Pong chip it was designed to output video to a radio frequency modulator, which would then be able to display the desired game on a home television set. It featured six selectable games including tennis, soccer, squash, practice, and two rifle shooting games that opened up even more possibilities for console manufacturers. With consoles growing in popularity Atari had to keep ahead of their rivals.

Dawn of the consoles

1978 saw the release of the Atari Video Computer System - later named the Atari 2600 - and the birth of microprocessor hardware in console gaming. By this time games were being stored on ROM cartridges that would simply plug into the Atari 2600, giving developers the flexibility to make games without having to create an entirely new console.

With more titles being developed, Atari tasked one of its technicians to create a single player version of Pong in order to further tap into the market. Players controlled a paddle at the bottom of the screen and bounced a ball in order to destroy lines of blocks. The technician was a young Steve Jobs, who enlisted Steve Wozniak to help develop what would become Breakout. With Wozniak's on board it became a roaring success, inspiring him to create his own computer terminal: the Apple I. In one stroke the foundation for home computers was laid.

Evolution of the industry

Technology started to get more sophisticated. Inspired by Breakout, Japanese developer Tomohiro Nishikado took the basic concept of the game and turned it on its head. Instead of bouncing a ball to break blocks he gave players the ability to fire projectiles at will, destroying hordes of aliens that would descend menacingly toward the bottom of the screen. Space Invaders became popular in arcades throughout the 1980s. Japanese micro processors weren’t very powerful at the time so Nishikado created his first arcade cabinet by using an Intel 8080 central processing unit, a CRT monitor, and a combination of analogue circuitry and a Texas Instruments SN76477 sound chip.

Due to its success, Space Invaders was ported to the Atari 2600. It injected more life into the industry and encouraged other developers to create different titles and expand their creativity. From here classics such as Pac-Man, Donkey Kong, and Tetris were ported onto Atari’s flagship home console and video games soon became one of the front runners in the entertainment business.

If it wasn’t for Pong, we wouldn’t be where we are today. Allan Alcorn built on Tennis for Two’s simple idea of digitising table tennis and kick-started a technological revolution in the virgin games industry, bringing video games to the attention of the general public for the first time. It it wasn’t for Pong, we wouldn’t have the video games or hardware we now take for granted.