Since their beginnings in the early 90s visual effects have been in a constant state of evolution. As technology has developed, so has what we see on screen. And where physical props were once used to bring fantasy to life, studios now opt for computer graphics to create incredible images on the small and silver screens.

Founded in 2009, Lexhag is a post production house based in Soho, London set up by Alexis Haggar - an artist who started his career in special effects working for several SFX Supervisors and companies. Haggar joined the Special / visual effects studio Macdyne in 2003 where he began to learn the tools of the CG trade by creating shots for for Auf Wiedersehen Pet and Jeffrey Archer: The Truth.

“I’d never worked for any of the big visual effects companies,” Haggar says. “I had experience with programs like After Effects and Commotion in the past, but it wasn’t until I started working more on the digital side of things at Macdyne that I learnt programs such as Shake and Maya. During my time there I started to learn more about the industry, which eventually led into Lexhag.”

Haggar set up a small two man studio in 2006 where their first project was an advert for loan company Money, Debt and Credit. It was made from the ground up using computer graphics, with Angus Deaton supplying the voiceover. After its release the advert sparked interest among several commercials agencies and it was from there that Haggar built his reputation and he founded Lexhag in 2009 where his team started to explore the realms of TV post production. 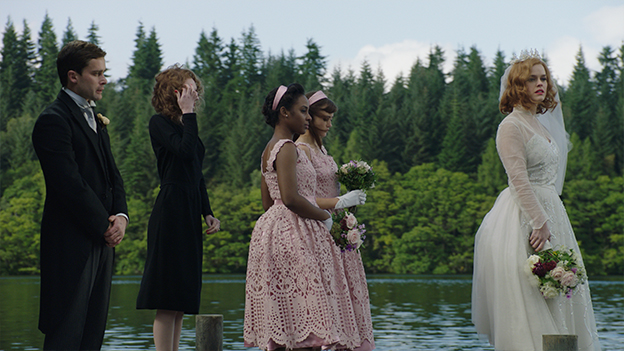 Above: Ordeal By Innocence – Mammoth Screen, BBC One

“Things really took off after Money, Debt and Credit,” Haggar continues. “We were getting other work from big agencies such as Mother and CBS before we got our break into visual effects for television.”

Lexhag’s first TV project was Charlie Brooker’s Dead Set, a five episode series that told the story of a zombie outbreak in Britain where the only survivors were the contestants and production staff of the reality show Big Brother.

“It was a crazy job that the team were thrown into the deep end,” Haggar remembers. “We did all the visual effects for the program and it was an eye opening experience. Creating post production for TV is a lot less labour intensive [than commercials]. It’s a completely different process as we’re not building everything from scratch, and we’re working directly with the show creators.”

Since Dead Set Haggar and his team have taken on some impressive projects including acclaimed shows such as the BBC’s Poldark and Ordeal by Innocence, and Sky One’s Bounty Hunters. They’ve also won a plethora of awards, notably a Royal Television Society Award for their work on BBC Three’s The Fades. And as their portfolio grows so does the studio, which means they need a robust and reliable pipeline to work with. 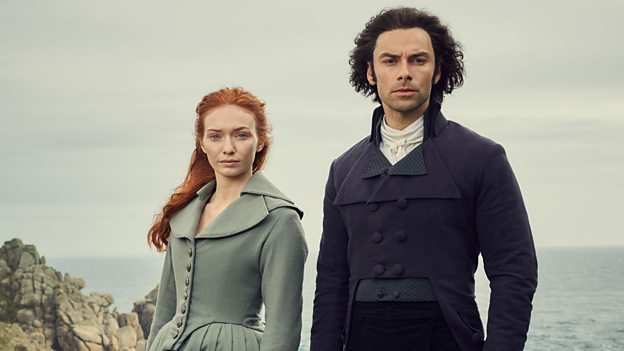 Above: Poldark – Mammoth Screen, BBC One

Escape Technology has been supporting Lexhag‘s growth for a number of years, consulting on the studio’s workflow and supplying the best hardware and software to go with it.

“Because we’re more of a focussed boutique studio we don’t have a tech team on site to help out with any hardware or software problems,” comments Sara Hill, Business Manager at Lexhag. “Escape have been really proactive and given us exactly what we need and more.”

Now in the process of upgrading, we’re working closely with Lexhag to enhance their existing infrastructure. The world of commercials sees some of the fastest turnaround times in industry, so playback and delivery needs to be as efficient as possible. We recommended an HP Z8 - the most powerful workstation in HP’s latest Z range - which comes with 48TB of internal storage. Our engineers installed two Intel Xeon CPUs, 128GB RAM, and an NVIDIA Quadro P5000 GPU, making it the ideal machine for live playback.

To address the challenges of computation in artists’ workstations we also outfitted Lexhag with two HP Z4s. Each workstation includes a state of the art Intel i9 processor and 22TB of storage. They also feature NVIDIA Quadro P4000 GPUs to give the team exactly what they need to create 2D and 3D compositions without any slowdown.

During our consultation phase we discovered areas that could benefit from a degree of automation. Our in-house engineers deployed Deadline to the Lexhag render farm to reduce submission times and free up artists. The scalable management solution not only grows with the team as needed, but integrates easily with most 2D, 3D, and rendering applications. It also provides job scheduling, which enables users to distribute render resources as and when they need to.

Lexhag also benefits from a Silver level support contact. Our engineering team have completed a full audit of the Lexhag’s technical environment to determine the best approach to modelling and rendering workflows. And it’s not only high-level planning work that they bring to the table - fixing faulty workstations and imaging them with the correct operating systems and licenses also falls within the realms of our quarterly support services.

“We’ve been really impressed with how quick Escape have been with supplying us with hardware,” Hill concludes. “If a job has come up where we need two additional artists, for example, Escape have supplied us with the workstations we need with no trouble at all.”